In early February 2022, building on work undertaken since 2019, the CMJA, the Judicial Office of England and Wales and the Gambian Judicial Education and Training Institute, with the assistance of the Sentencing Council of the Gambia, organised a two day training course for magistrates on the sentencing guidelines already developed on assault and theft.  Mr Justice Robin Knowles, HH Judge Martin Picton, HH Judge Michael Cullum from England and Wales, Judge Shamim Qureshi (CMJA Director of Programmes), Dr Karen Brewer (CMJA Secretary General) and Ms Grace Karrass (Judicial Office of England and Wales/SIFoCC)  travelled to the Gambia for the training.  They were invited also to attend the Opening of the Legal Year and the Call to the Bar at the invitation of the Hon. Chief Justice Hassan Jallow and visited Mile II Prison to participate in a programme there organised by Justice Defenders who have been training paralegals (inmates and officers) since 2021.   The Group also worked with the Sentencing Council led by Justice Sey, in the development of a further sentencing guideline on rape.  The programme also included a session on Business and Human Rights and commercial courts, which was organised with the assistance of the SIFoCC as well as sessions for the magistrates and the judges on the use of social media and its pitfalls. The CMJA is deeply grateful to the British High Commission in the Gambia and in particular His Excellency David Belgore the British High Commissioner and Ms Jainaba Faye from the High Commission for their support of the programme.   We are also deeply grateful to Justice Awa Bah, Head of the Gambia Judicial Training and Research Institute for all her assistance in the organisation of the week’s activities.  (Photo: Supreme Court, Court of Appeal and High Court Judges with the Attorney General, President Barrow and Hon. Chief Justice of the Gambia). 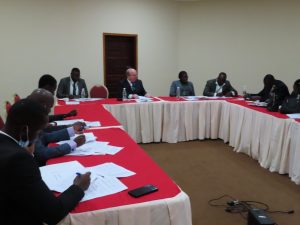 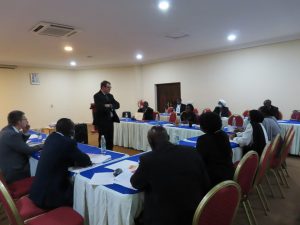 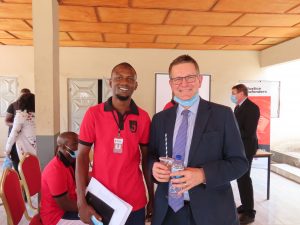 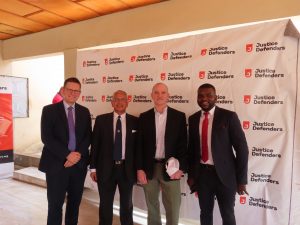 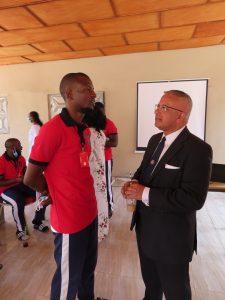